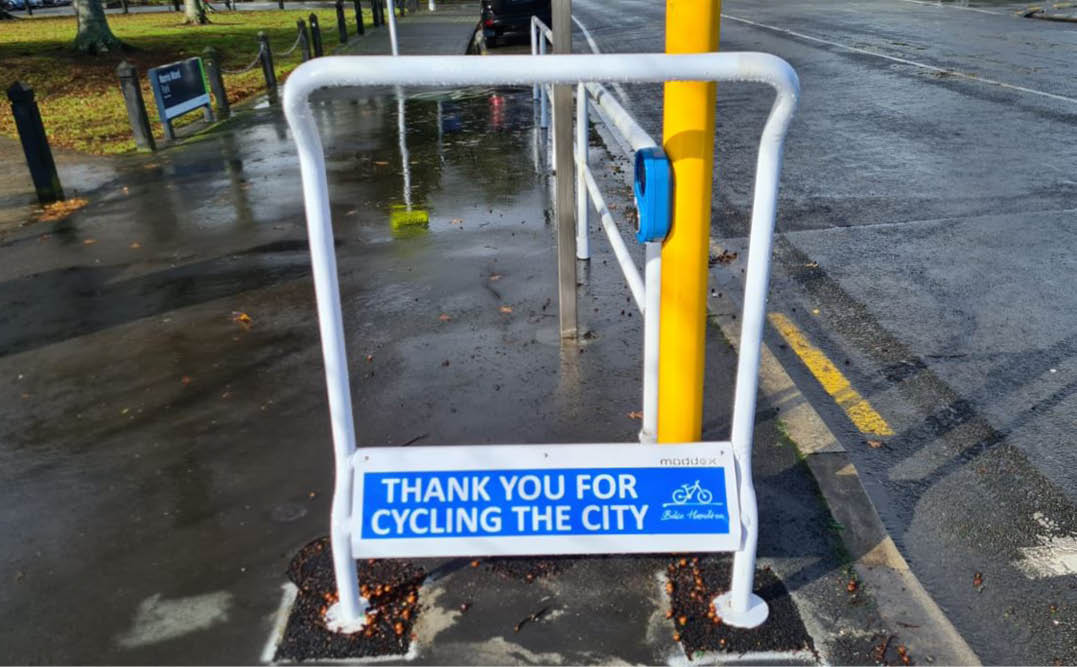 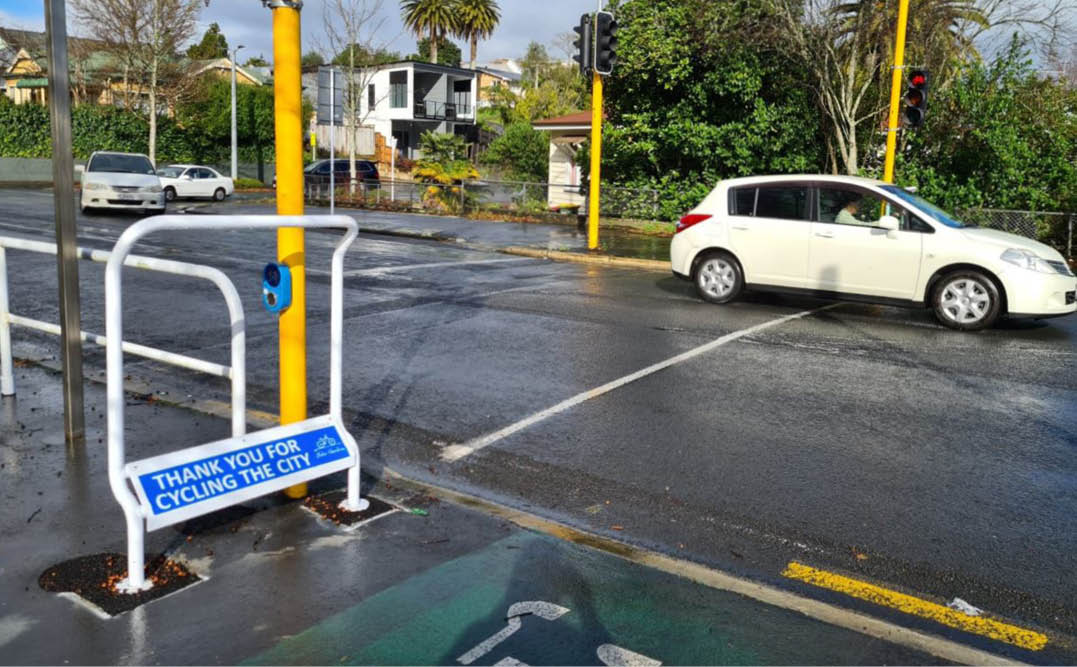 Waiting for the traffic light to change is made pleasanter leaning on a footrest. These cyclist footrests are a great solution for cyclists, acting as a rest rail at a signalised intersection.

Similar designed footrests were initially installed in Copenhagen, then spread to other Danish cities and are now being introduced into New Zealand. Moddex has been working with the Hamilton City Council and WSP in New Zealand to design a similar concept to roll out around Hamilton City. Depending on the length, these footrests allow for 1-3 cyclists. The footrest is coated with a non-slip surface to ensure safety for cyclists.