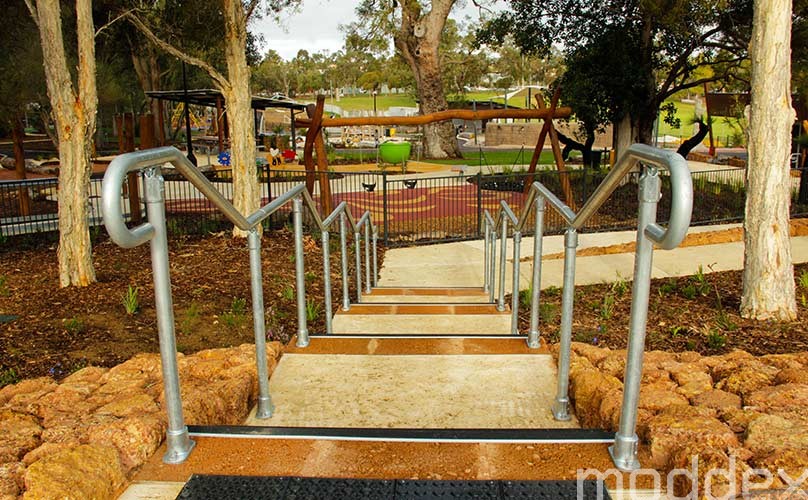 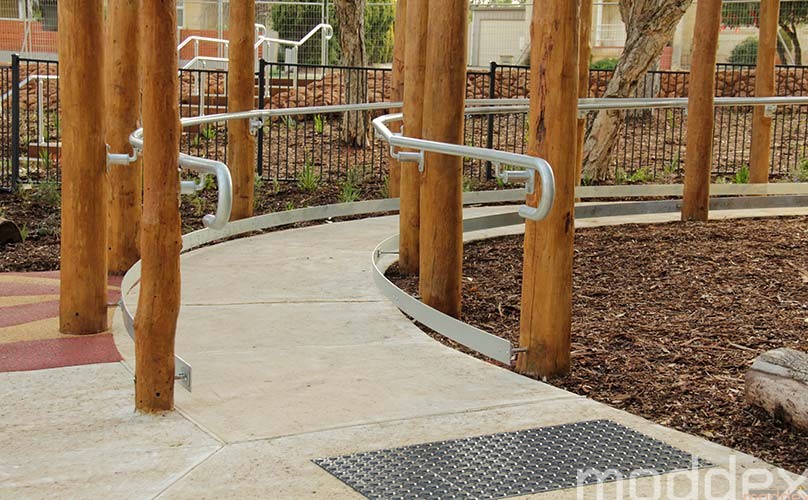 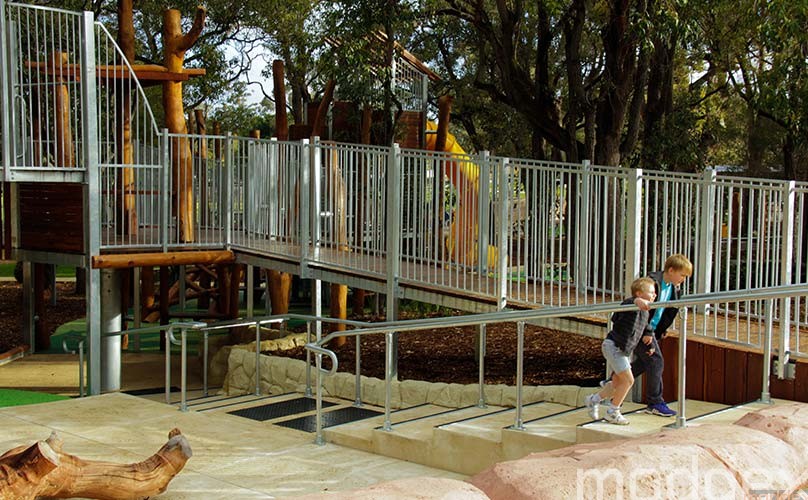 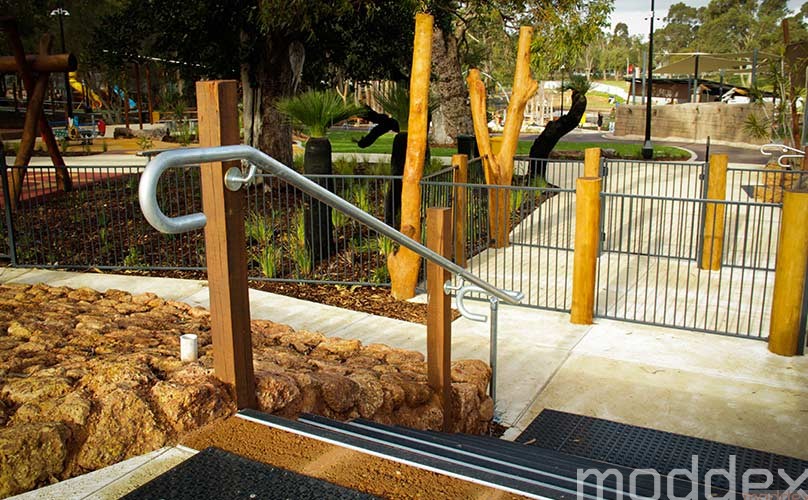 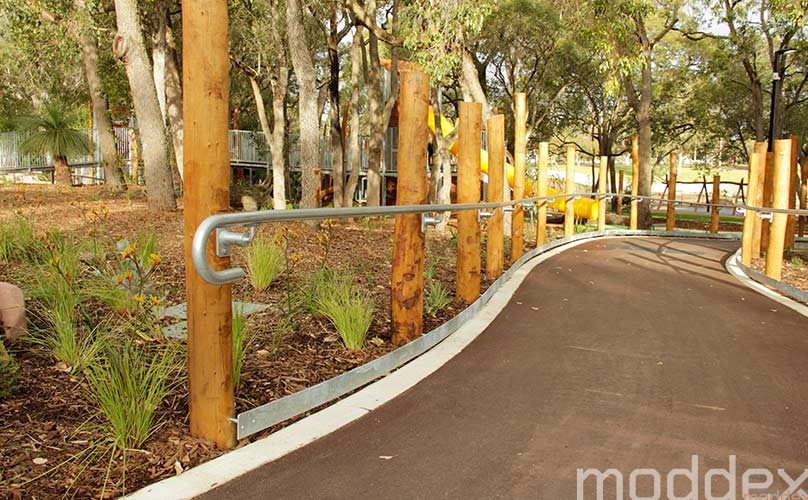 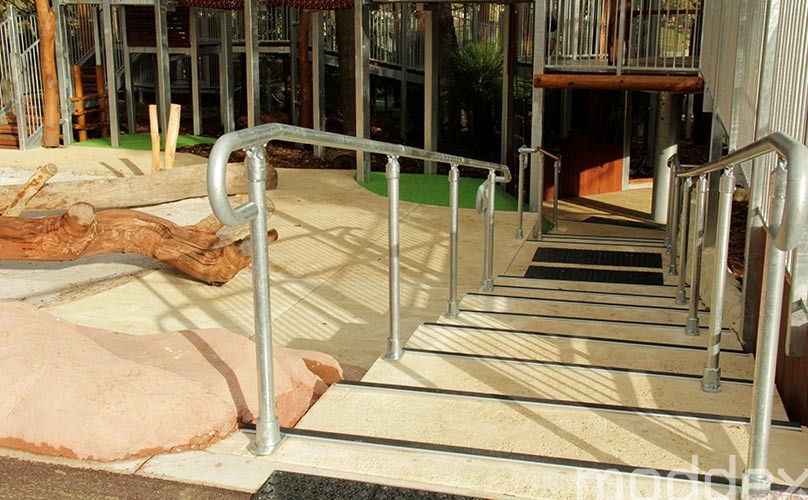 The Kwinana Adventure Park is one of Perth’s most popular destinations. In early 2011, the idea for a children’s adventure park was coined and by November 2015 a construction contract was awarded to Environmental Industries.

In June 2017, the City of Kwinana received two major awards for the Adventure Park at the Parks and Leisure Australia (WA) Awards of Excellence, which included;

Additionally, in October 2017 the Kwinana Adventure Park took out the highest honour – Australia-wide Park of the Year – at the national Parks and Leisure Australia awards.

Moddex is pleased to have supplied and installed handrail to various areas within the Kwinana Adventure Park.

Moddex systems were specified on the project by the architect and we have a strong relationship with the City of Kwinana after working together on several projects.

During the initial on-site visit, Moddex consultants offered expert advice on improvements that could be made to design to ensure compliance with the Australian Standards.

Moddex was able to work with the client and installation team to develop an adjustable handrail mount for the offset handrail provided along the tree posts across walkways and ramps. The adjustable mount design meant that it could be adapted to on-site conditions and provide flexibility for the inconsistent surfaces of the tree posts.

Our ability to achieve complex ramps and our solution-oriented approach gave the client confidence that we were the right choice.