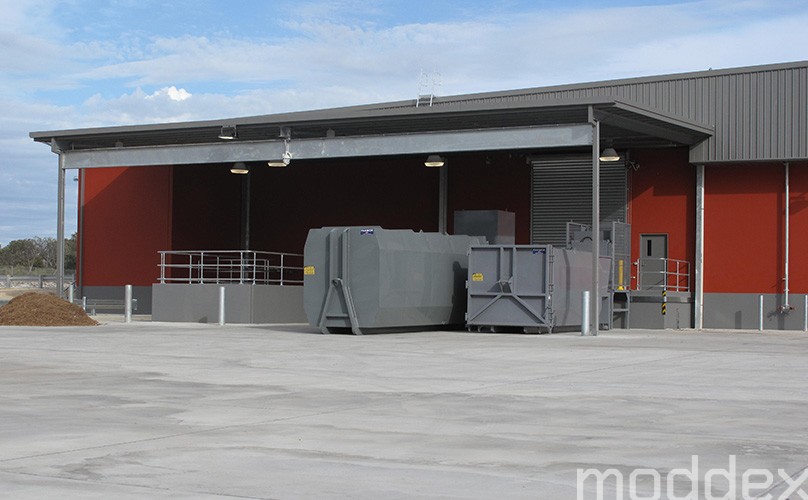 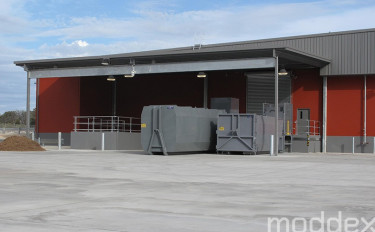 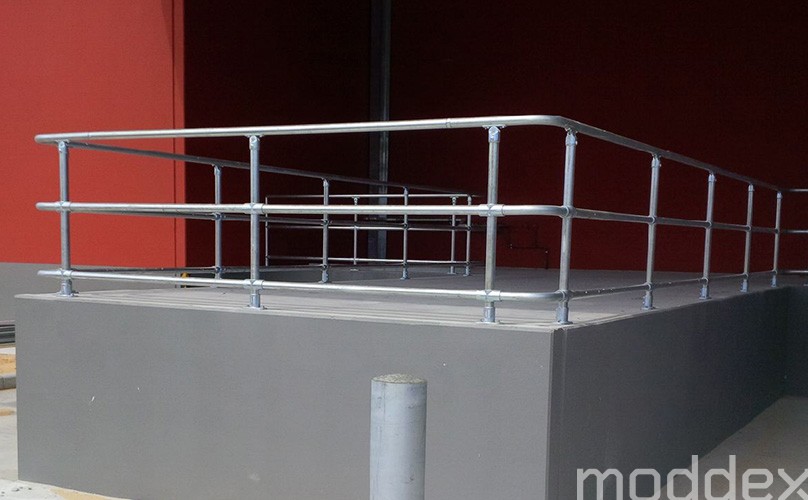 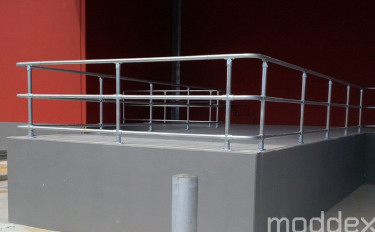 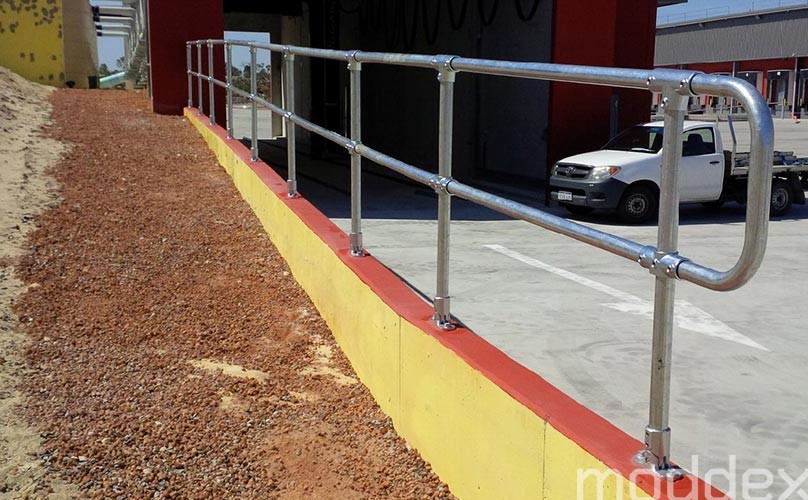 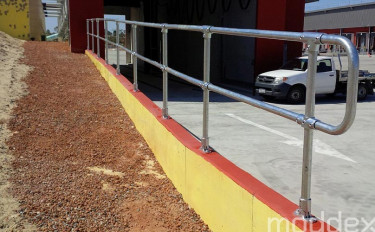 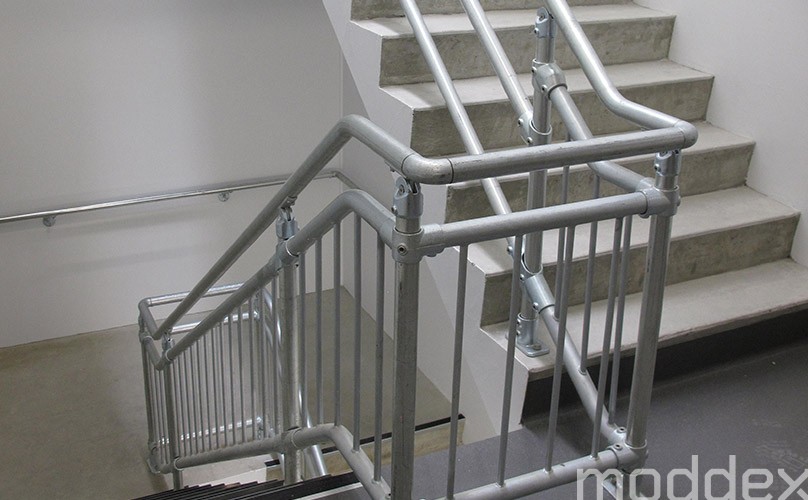 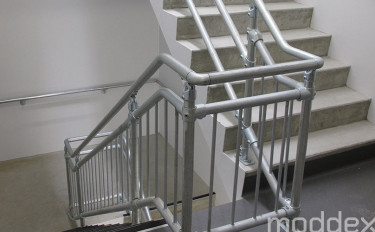 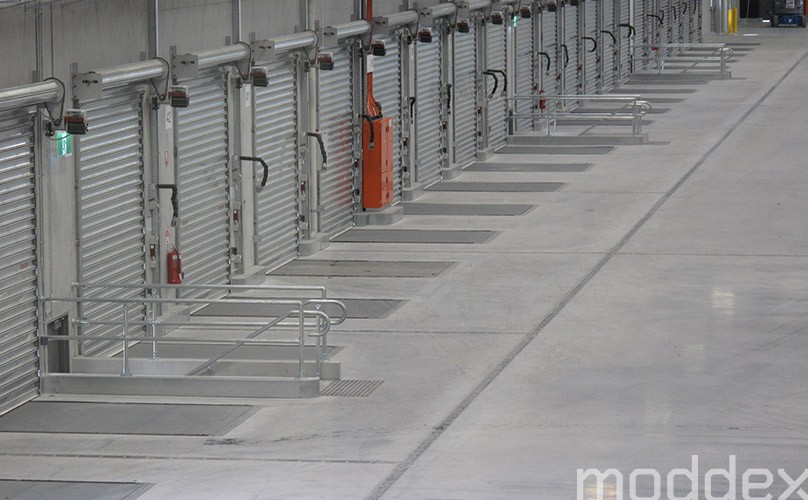 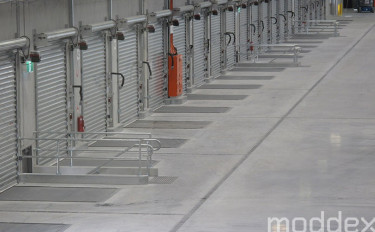 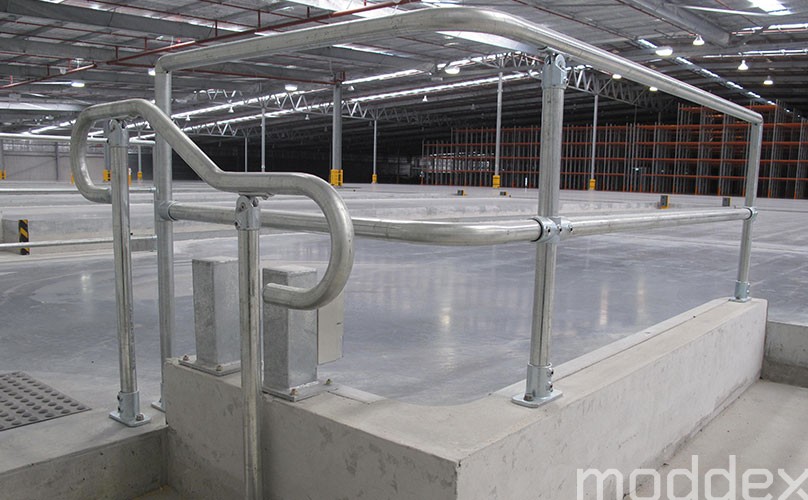 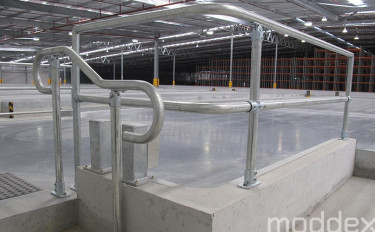 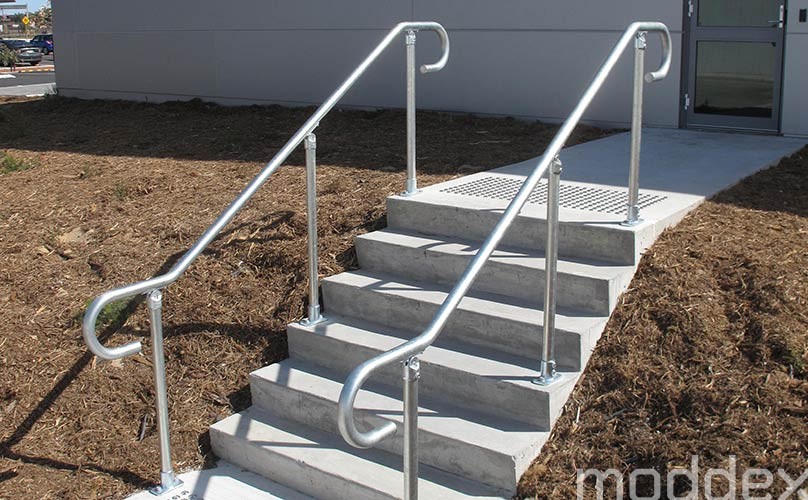 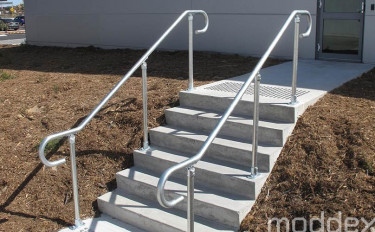 The first Aldi store opened in Australia in 2001, and now the company operates over 400 stores across NSW, ACT, QLD and VIC. The majority of Aldi’s exclusive brands are sourced from Australian suppliers, and with its planned expansion into SA and WA this year, Aldi is recruiting 400 West Australians to work at its 21 confirmed WA locations.

To support these planned stores, Georgiou has delivered the first distribution centre in WA for Aldi Australia, after being selected to design and construct their new Jandakot distribution facility – a contract worth $57 million.

The building has been designed with major internal spans between support columns to the client’s requirements, and also has significant working heights.

Moddex delivered a range of proprietary configurations designed to comply with Australian Standards, DDA and BCA requirements. Assistrail
configurations AR45 and AR50 connected within the same internal stairwell to meet disability access and fire isolated emergency stair requirements.
Where this same stairwell height reached over one metre, Assistrail AR50 connected seamlessly with Conectabal CB30 to achieve compliance for
workers at heights.It’s getting easy to be green with Moddex no-weld system technology

Our no-weld system technology eliminates carbon emissions during installation; our flat-pack delivery method eliminates the need for large
trucks and cranes, reducing pollution. The longevity and performance of our products reduces waste and landfill.